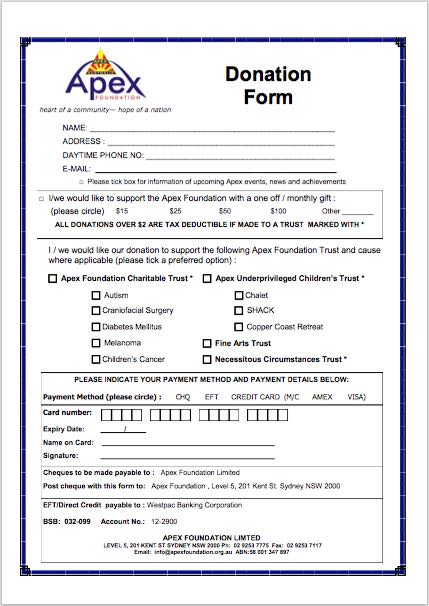 On 22 October 2007, two Apexians, Jack Kasses and John Lough were presented with special awards for their inspiration and dedication to the Children’s Cancer Institute (CCI).

Over 40 years ago and with assistance from Apex Clubs all around Australia, they led the way to providing funding to set up The Apex Centre which housed research into finding a cure for childhood cancer.

Today, CCI employs over 300 researchers, students and operational staff, and the Institute is internationally acclaimed.

The Apex Foundation has contributed over $2 million to this heart-breaking cause. More Australian children die from cancer than any other disease. Sadly, nearly20% of kids still don’t make it, despite tremendous achievements over recent decades.

It takes years of laborious work to get to the point of a major breakthrough. Each year is a step closer to eliminating children’s suffering from cancer.

CCI celebrated another milestone in its history with the relocation of its entire research operation to the Lowy Cancer Research Centre, officially opened in March 2010.

The new building consists of eight storeys and accommodates leading researchers of both children and adult cancer.

Jack Kasses and John Lough, two Apexians who inspired the founding of CCI

The Apex Foundation Board and staff visit the new CCI premises, the Lowy Cancer Research Centre.